BestChange is at your service, making exchanging experience a bliss!

The U.S. Federal Reserve says they have “infinite amount of cash” — what’s the impact on bitcoin?

A “death cross" formed on the BTC price, a top-down intersection of 50-day and 200-day Moving Average. This will lead to a price drop down to $5,000, Coindesk analyst Omkar Godbole thinks.

However, the drop will not happen immediately: for example, in the spring of 2018 the “cross”, bitcoin price first went up by 50% in a month, and then declined by 70% within six months.

The scenario will be cancelled if BTC can consolidate above $6,460, the analyst writes. Godbole also notes that similar crosses are forming on the Dow Jones Industrial Average and S&P 500 industrial charts.

Well-known trader Peter Brandt believes that BTC will drop below $3,000. Responding to a comment on Twitter, Brandt posted a chart with a “descending flag” figure - if implemented, the price will go to the level of $2,700.

The trader also indicated that having declined below $7,500, bitcoin price broke the long-term support line and moved into a downtrend. Earlier, the analyst said that bitcoin will drop to zero after breaking this level.

Opinion: cryptocurrency will benefit from the crisis

Devaluation of dollar over the long term = good for bitcoin

Short-term may be gloomy for bitcoin, but long-term prospect of it remains very bright,” Young tweeted.

A similar opinion is shared by Stack analyst Lennard Neo. He expects an influx of capital into cryptocurrencies due to the uncertainty central banks and governments actions amid the crisis.

CEO of Titus Investment Advisors Justin Gillespie notes that quarantine will strengthen the position of cryptocurrency. According to him, “The longer the people can’t go outside to conduct their business, the more useful the cryptocurrency should become as it can be sent and received from the safety of one’s home." 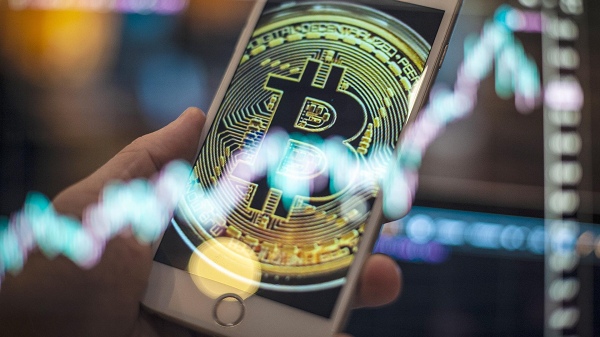 Cash and сoronavirus: how to stay safe when dealing with banknotes and bank cards

During the pandemic, when it is of the utmost importance to be very careful about your health and follow good hygiene practice, BestChange team wishes to remind you the necessary precautionary measures when dealing with cash and bank cards.

We already wrote that cash is one of the dirtiest things in the world and a carrier of many diseases. Various microbes live on the banknotes for quite a long time – from one up to two months. Paper money has a lot of cellulose which is the perfect media for the development of bacteria. Plastic and metal money have much fewer microorganisms, and their life is much shorter.

Speaking about COVID-19 specifically, the virus stays up to 5 days on metal materials, 4 days on wood and glass. Paper exposed to coronavirus remained safe after 4-5 days, and the virus stays on plastic for no more than 5 days.

Many infectious disease specialists around the world approve of decreasing the usage of cash in favor of contactless. However, please keep in mind that the direct contact between the bank card and the terminal or touching the terminal when pressing the PIN can be also dangerous in terms of contracting the infection.

We would like to remind you recommendations of WHO: wash your hands, do not touch your face when using cash. WHO does not say that cash must be totally avoided, but theoretically, it can be a channel to contract the virus.

Please remember, that the notion “dirty money” has a real basis behind it and before biting into a snack you have just purchased with some cash, remember what is at stake. Always thoroughly wash your hands or sanitize them after being in contact with cash or touching any surfaces in public spaces, including ATMs.

Modern problems require modern solutions, electronic money and cryptocurrency get another advantage as a safer payment means of the future.

BestChange team asks everyone to follow the advice of doctors and professionals, take care of yourself and your close ones and keep your spirits up! 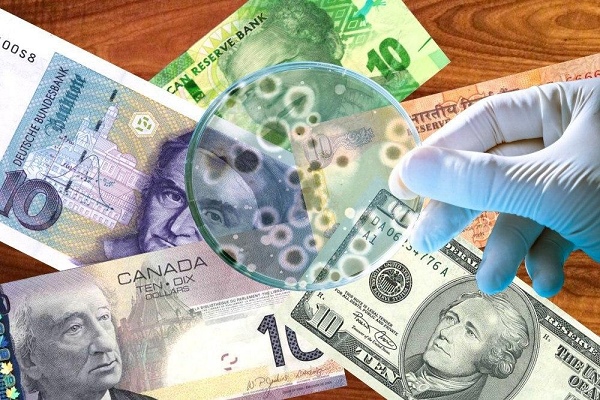